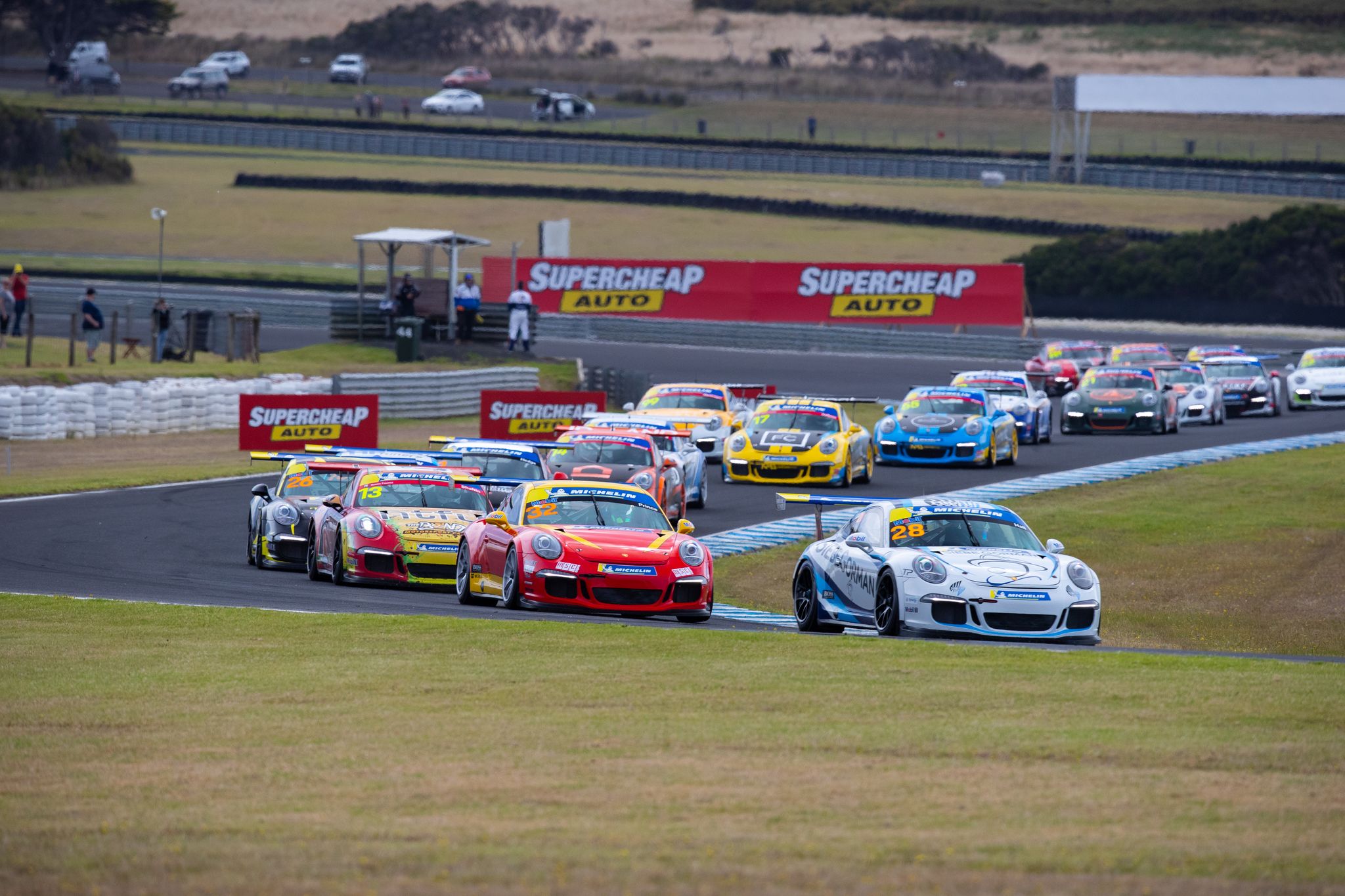 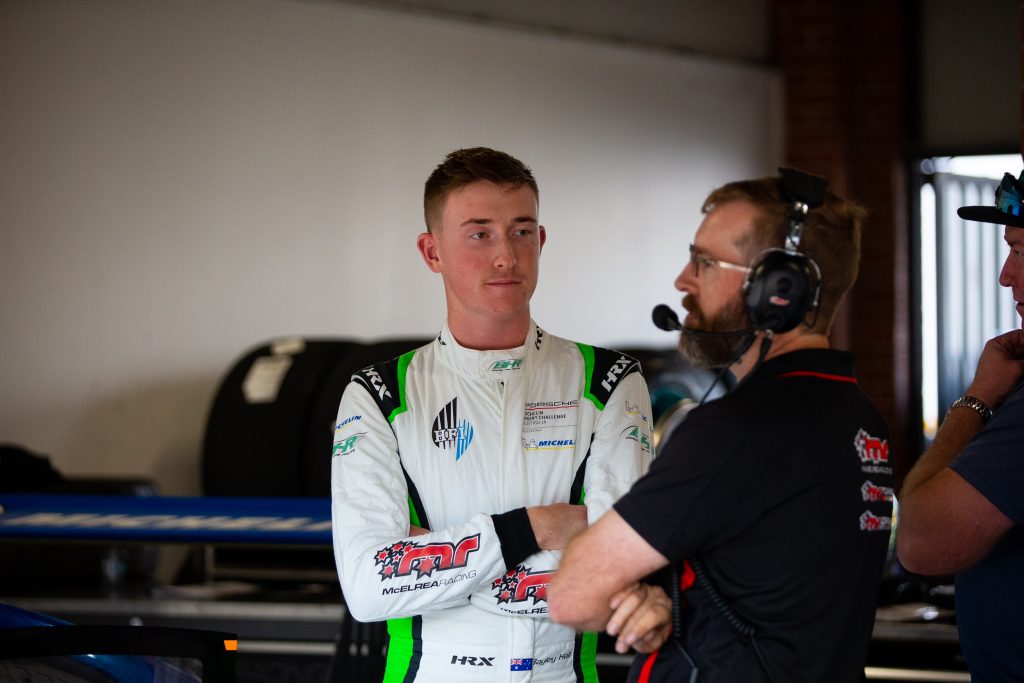 The Type 992 is the first wide-body race car from Porsche Motorsport in Weissach, Germany to be based on the current Porsche 911 (992 generation). First unveiled to Australian teams and drivers at The Bend Motorsport Park earlier this year, the Type 992 will make its debut in the series next year.

Hall’s 510hp Porsche, will be just one of an initial batch of thirty (30) 992 generation 911 GT3 Cup cars to be brought into the country by Porsche Cars Australia (PCA) later this year – a record number of units that will result in the largest field of any generation of race car in the premier one-make series’ 17-year history down under.

The 18 year old Queenslander announced the news to media and sponsors at a Sanctuary Cove function on the Gold Coast. The event played host to both his current partners (Hall Finance and Insurance Solutions, Siebe Gorman Life Science and Gap Solutions) but also potential partners for the 2022 season, with the likes of James Courtney, Warren Luff and Adrian Burgess from the Repco Supercars Championship also in attendance.

Hall makes the step-up to the Porsche Paynter Dixon Carrera Cup Australia series in the Mobil Pro class following an impressive debut in 2021 Porsche Michelin Sprint Challenge series so far this year, where he has demonstrated his maturity and speed on several occasions, including a front row start and podium in his first ever Porsche race at Phillip Island.

Despite his young age, the talented GT racer has already amassed a large amount of experience, having competed a number of different racing series and cars including the Australia GT Championship and the Bathurst combined sedans series. Hall is also the youngest ever podium finisher at the Bathurst 12 Hour, finishing third in class in a Marc Cars Mustang V8.

Quotes:
Bayley Hall: “‘The prospect of competing in the pinnacle of Porsche Motorsport in Australia is surreal. Like many, there’s been huge sacrifices and hard work to get me to where I am today and I couldn’t be prouder or happier of what we’ve achieved so far. I’m very excited about what the McElrea team and I can do next year and I can’t thank everyone involved enough, including all those who have gotten me to where I am today. I can’t wait to get in the new 992 and give it all I’ve got.”

Andy McElrea, Founder & Team Principal, McElrea Racing: “At MR, we are really thrilled to announce Bayley as our first Pro driver signed for the 2022 Carrera Cup Australia season in the new 992 Cup car. We have been fortunate enough to have been on pole for the first race of the last three generations of new 911 Cup Cars in Australia – the 997, 991:1 and 991:2 – so we have no doubt, Bayley will be pushing hard to be at the front from the start of the new era and stamp his name in the record books as soon as possible.”